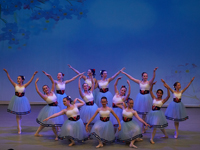 Classical ballet classes give children the opportunity to be creative and use their imaginations with mimes and use of props, which they love. Classes are fun but disciplined, encouraging the dancer to maintain excellent posture, gain strength and flexibility, extension of the legs and feet, and encouraging the dancer to be graceful.
The Imperial Classical Ballet syllabus was originally based on the teaching of the French School from the Paris Opéra. The syllabus has now evolved to promote the English classical style and address the changing needs of Ballet dancers today. Imperial Ballet is one of the most popular and successful ballet organizations in the world.

Tap dancing is an excellent way to gain rhythm and musicality as well as making lots of noise and having fun! It is a form of dance, characterised by using the sound of one’s tap shoes hitting the floor as a percussive instrument. Two major variations on tap dance exist: rhythm (Jazz) tap and Broadway tap. Broadway tap focuses more on the dance. It is widely performed as a part of musical theatre and is often seen on stage in musicals, old Broadway films and even in modern films such as Step-Up. Rhythm tap focuses more on musicality, and is also commonly considered to be a form of music. Here at Dance Dedication, we teach a combination of both styles. 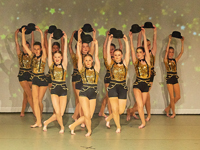 Modern-theatre is a rhythmic dance style, done to a wide range of music that children love. It originated in America before travelling to the rest of the world, and it is known for its theatrical qualities. A few advanced modern-jazz steps, which you may have seen include travelling steps, kicks, turns, leaps and jumps. This genre of dance needs tons of energy, is an enjoyable way to keep fit, and can improve fitness in many ways. Just a few reasons why it is beneficial are that helps build stamina, as well as coordination, strength and flexibility. It teaches a wide variety of techniques in commercial, jazz, lyrical and contemporary styles, which can often be seen on the stages of musical productions, music videos, concerts, live shows and commercials.

The origins of street dance cannot be exactly traced, but they have evolved as part of counter cultures and have mostly developed with the emergence of jazz and later, hip-hop. Street dance is used to describe dance styles that originally developed outside of dance studios on the streets, in schoolyards and at clubs. With this in mind, our street dance classes aim to include many current trends, including street dance, hip hop, commercial and jazz dance. The classes are fulfilled, energetic and lively, and a great way of improving fitness, coordination and musicality. 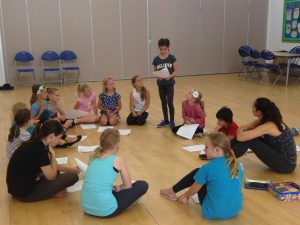 Musical theatre is a form of theatrical performance that combines songs, spoken dialogue, acting, and dance. The story and emotional content of a musical – humour, pathos, love, anger etc– are communicated through the words, music, movement and technical aspects of the entertainment as an integrated whole. Many popular musicals currently running are ‘Thriller’, Matilda’ and ‘Sound of Music’, as well as many more. Our musical theatre classes will include singing, drama and natural movement through games, projects and working on scripts and songs. Not only musicals will be covered, but also films and themes e.g. Disney.Just a few of the benefits musical theatre has to offer are: self expression, confidence building, teamwork, physical skills, creativity, expression and musicality.

This class is 1 hour long, 30 mins of the class is based on contemporary, 30 mins on jazz. All pupils attending this class need to be in grade 4 ballet and or tap and above.

Contemporary dance involves incorporating aspects of movement from several other genres such as jazz, modern and ballet. It has unpredictable changes in rhythm, speed, and direction and it relies on fluidity and improvisational movement to evoke a range of feelings in the audience. It also offers the dancer ultimate creative freedom to perform an emotive piece that identifies with them. Contemporary Dance begins at the core, or torso, of the body and uses elements of contract, release, spiral, floor work, fall and recovery, and improvisation. This evolving style has fast become one of the most dominant genres for dancers throughout the world.

Jazz is known for being heavily syncopated and unpredictable, thanks to its African influences, and jazz dance is the same way. Dancers may be slow, dreamlike, and graceful, or they may move abruptly and sharply, executing fantastic leaps and turns. As a result, they must be physically very flexible, and very attuned to the music they dance to.

This website uses cookies to improve your experience while you navigate through the website. Out of these, the cookies that are categorized as necessary are stored on your browser as they are essential for the working of basic functionalities of the website. We also use third-party cookies that help us analyze and understand how you use this website. These cookies will be stored in your browser only with your consent. You also have the option to opt-out of these cookies. But opting out of some of these cookies may affect your browsing experience.
Necessary Always Enabled
Necessary cookies are absolutely essential for the website to function properly. This category only includes cookies that ensures basic functionalities and security features of the website. These cookies do not store any personal information.
Non-necessary
Any cookies that may not be particularly necessary for the website to function and is used specifically to collect user personal data via analytics, ads, other embedded contents are termed as non-necessary cookies. It is mandatory to procure user consent prior to running these cookies on your website.
SAVE & ACCEPT